Starting very soon we will be populating this page with the history of the Club
from its beginning way back in April 1906, making it the oldest motorcycle club in Northern Ireland, through its Centenary in 2006 and up to the present day.

It will be as comprehensive as possible and will always be open to additions and updates as and when new information may become available. 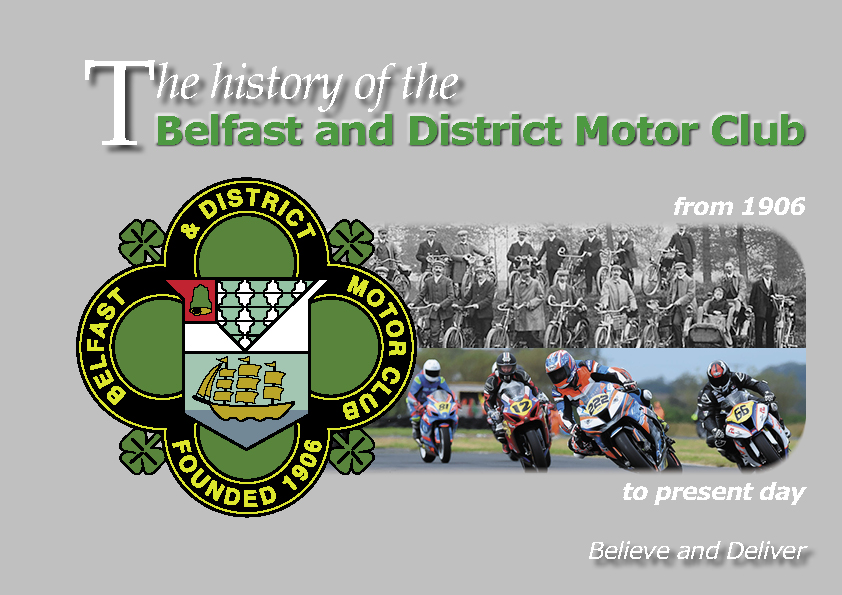 One hundred and fifteen years ago on the 3rd June 1906,
the Shamrock Club, the original name for the Belfast and District Motor Club,
held their first ever event.

This event was a road race over open roads to Portrush and back.

It started at 6 a.m. from Donegall Street Bank with 23 (31) starters.
Fifteen were still going at Whitehead and 12 arrived at Portrush.

On the return run, between broken belts,
punctures etc., three (five) arrived at the finishing point near Glengormley at 10 p.m.

(the numbers in brackets are from an alternative report)

Have a look at the first chapter of the Club from its formation in 1906.

Re-establishing the Club and moving on to greater things in the 20s.

The Club flourished greatly in the thirties