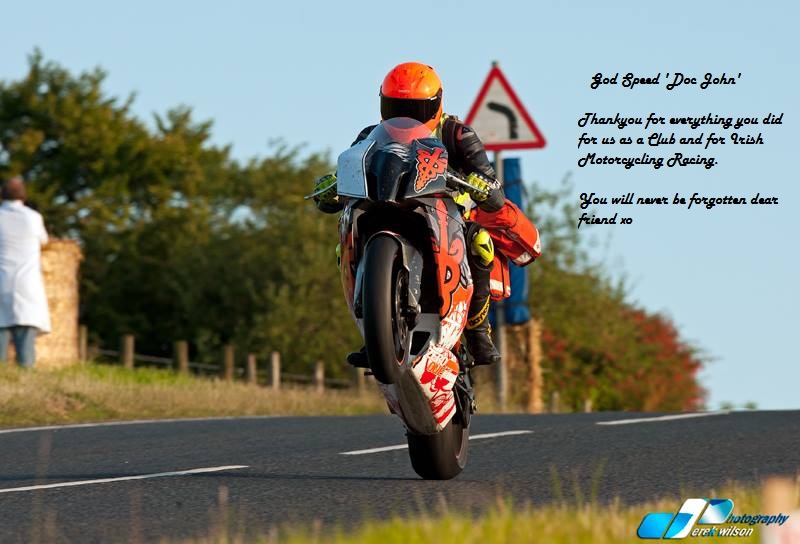 We are devastated as many of you also are at the news of Doctor John Hinds passing.
Doc John as he was affectionately known was involved in a serious incident during practice at yesterdays Skerries Road Race near Dublin, unfortunately he succumbed to his injuries earlier today.
We wish to pass on our sincere condolences to John’s partner Janet, their families, the MCUI Medical Team and Craigavon Area Hospital for their loss.
Doc John was part of our ‘racing family’ and we will all miss him terribly. John’s influence and contibution to Irish Road Racing both North and South of Ireland was immense, he had an affect on riders, somehow he was like a security blanket, you knew he was only seconds away if anything should happen.
His expertise and dedication as part of the MCUI Medical Team was second to none, a true hero, friend and fellow motorcyclist..

May you rest in peace dear friend x